The ICP is comprised of the Mine/Mill (M/M) site located in Lemhi County, Idaho, near the town of Salmon, Idaho and the Cobalt Production Facility (CPF), a stand-alone hydrometallurgical facility will be located in Southern Idaho near the city of Blackfoot. The CPF will process concentrates from the M/M into cobalt, copper and gold end products. The project is slated to produce the equivalent of 1,500 tons of high purity cobalt sulfate annually over a projected mine life of 12.5 years.

The ICP is fully permitted having received a final Environmental Impact Statement and positive Records of Decision from both the U.S. Department of Agriculture National Forest Service and the U.S. Environmental Protection Agency. A Feasibility Study on the ICP completed in 2008 allowed the Company to finance the initial construction of the project. To date approximately 90% of the earthworks have been completed at the minesite.

The Company invested US$65.3 million completing two phases of the ICP construction program that commenced in June 2011 and completed in December 2012. 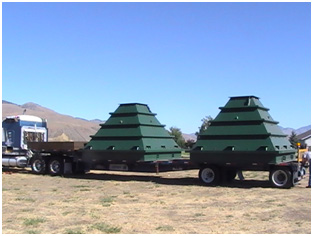 Approximately $16M worth of long lead time equipment was previously purchased and is stored in warehouse and staging areas outside of the town of Salmon, ready for transportation to the millsite. This equipment represents all major components of the mill and concentrator, and includes the ball mill, flotation cells, hoppers, grizzlies, etc. The project was placed on care and maintenance in May 2013 due to depressed financial markets and declining commodity prices.

By July 2014 financial markets had improved significantly and it became apparent that cobalt sulfate, used in lithium-ion batteries, was going to significantly outperform the market for cobalt used in super-alloys. Rechargeable batteries represent 49% of cobalt consumption (in the form of sulfate) and the market is growing at a compounded annual rate of 11.7%. As a result eCobalt announced a change of direction aimed at taking advantage of the rapidly expanding electric vehicle, grid storage, and renewable energy sectors.

Positive internal studies resulted in the commissioning of a Preliminary Economic Assessment (PEA) on the ICP in January 2015 to evaluate viability of producing cobalt sulfate heptahydrate for the rechargeable battery sector. Previous engineering and feasibility level technical reports were completed based on the production of high purity cobalt (HPC) metal for critical applications in the jet turbines, aero-engines and aerospace sector. Management continues to maintain the future option of producing HPC at the CPF.

The ICP has undergone numerous studies including scoping, pre-feasibility and feasibility level studies through the development of the project engaging numerous engineering firms and engineering, metallurgical and market specialists. These studies were commissioned by Management as the ICP progressed from exploration, development and into construction. Certain studies that refer to the reporting of geological resources and/or other National Instrument 43-101 requirements have been filed on SEDAR and are available at www.SEDAR.com. These filings include the Company’s latest Preliminary Economic Assessment (PEA) which is summarized below and in the Company’s April 22, 2015 news release. Excerpts from the PEA can also be found in the Company’s additional presentation materials.

The reader is cautioned that historical technical reports filed on SEDAR, prior to the most recent 2015 PEA, contain economic assumptions that are out of date. They may include assumptions for metal prices, plant performance, additional resources and other economics and as such should no longer be relied upon.

The historical technical reports were commissioned to define the production of High Purity Cobalt (HPC) metal for use in the super-alloy sector, which includes the manufacturing of wind and jet engine turbines. In 2014 eCobalt recognized a huge demand surge in Cobalt Sulfate brought on by the rapidly expanding electric vehicle, grid storage, and rechargeable battery sectors. Significant growth in these areas is expected to continue into 2025 and beyond. As a result, in 2015, management commissioned and completed a PEA to produce cobalt sulfate.

On June 21, 2016, the Company announced that it has signed an agreement with Micon for technical services to conduct a FS on the ICP. Micon will be subcontracting aspects of the study concerning the processing, infrastructural engineering, risk assessment, project scheduling, and cost estimating to SNC-Lavalin. Initial results from the FS are expected to be delivered to the Company in calendar Q3 2017. As at June 23, 2017, the Company reported progress on the FS in the following disciplines as follows:

The proposed underground mine development layout has been optimized to minimize the scheduled lead time while providing access to stopes of above average grade early in the mine life to assist in minimizing mine payback schedule. Equipment requirements and layouts for both plants have been finalized and material take-offs (determining all materials required to accomplish the design and costing) have been quantified. In addition, SNC-Lavalin has completed its review and revision of the basic process engineering for the mill/concentrator and the CPF.